Dinarland – The Land Of Confuse-Zim

Here we are, on the verge of yet another Holiday shopping season and we’re still sitting here, broker than broke.

Without a completed GCR.

Sure, we’ve hear a thousand times the process has started.

But, as with everything else in Dinarland, as it stands, that’s just another unprovable rumor.

How can that be. 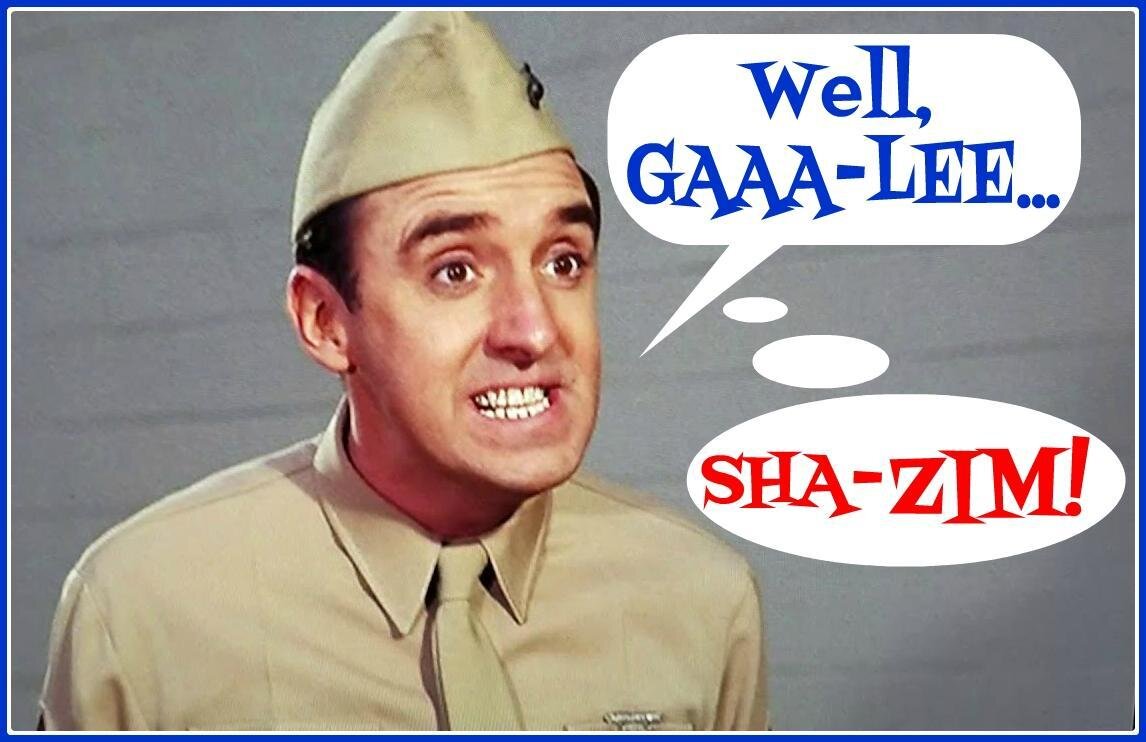 Who in their right mind ever imagined we’d still be here.

Three quarters of the way through yet another year.

And might I add, the weirdest year on record.

A year that, like so many others that came before, began with such promise, only to be left with that same ol’ Dinarja Vu feeling we’ve been dealing with for the past decade plus.

Oh how wrong they were.

And how wrong we were for not knowing how wrong they were.

And to make matters worse, back then all we had to concern ourselves with was the simple RV of the IQD.

Nothin’ crazy about that.

How much easier could it be.

Even if they didn’t originally intend for the RV to include you and me, which shouldn’t come as any big surprise to any of us playing along, by that point they begrudgingly rewrote the rule book, thereby allowing us to play along.

And Thank You too, Dr. Shabinabibi.

Most of us are well aware of your boasting of Iraq’s ability to support a $15 to $17 fantasy rate and all the reasons behind your making such an insanely unrealistic statement.

And how your statement has been taken completely out of context for far too many years.

Having said that, those of us living in the real world will gladly take our $3.41 and bow out gracefully.

Off to the various Auto Dealerships and Zillow we will go.

On our way to making our dreams come true.

But hang on there fellow Dinarians, not so fast.

Turns out there was something else in the works.

Much more “stuff” lurking behind the curtain than we were aware of.

At least not at that time anyway.

It was around that time we began to hear the rumors of the “Rise of the Dong”.

Now we have Vietnam involved in all this?

Whose crazy idea was that anyway!

Talk about a surprise.

They quickly explained it away, saying China was going to move all of their manufacturing to nearby Vietnam, thereby creating more “living space” for their ever expanding population.
Who could argue with that kind of logic.

Not to mention all of the newly discovered precious metals lying dormant under all the Vietnamese rice fields.

Talk about Fields of Dreams.

That stuff couldn’t fit any better into this storyline if they tried.

Almost as if they made it up.

But they wouldn’t make this stuff up, would they?

Nah. Not even if they could.

Do I even need to mention all of the as yet unfracked oil sitting just offshore, awaiting future fracking.

Believe it or not, it all made total sense.

Which, when you think about it, is more than confusing.

At that point, as it is now, making sense was anything but the “norm” in Dinarland.

So that alone was plenty crazy.

Which fits right in with the rest of this scheme.

But that was pretty much the last of the craziness we heard about the VND.

Well, besides the rates of course.

Don’t even get me going on the insanity of all the rate rumors.

And don’t even get me going on the whole Demand-Your-Own-Rates thing.

Since then, the VND has calmed down quite a bit, yet remains a “regular” in the first basket.

No questions asked, just another crazily concocted piece of the GCR puzzle.

Sure, they said it would get crazy at the end and it was definitely getting awfully crazy at that time, what with numerous people saying this would be our last broke weekend, week, after week, after crazy-filled week.

Therefore, it must finally be the end.

After all, it couldn’t get much crazier than it already was, could it?

Well, not so quick there, Currencyhopper.

It was about to get a whole lot crazier.

That crazy, kooky, silkscreened on 20# standard office copy paper, festooned with “I Promise To Pay Whomever Is Crazy Enough To Believe In This Lotsofzero’s Stuff…” in the upper left hand corner, Triple Rock covered, multi-purpose Monopo-money.

And heeeeerrre we go again!

Highest numerical value in the history of currency. Check!

Demonitized back in 2009, currently sold as a “collectible”, recently “reimagined” as a Bond. Check!

Shaken, as well as stirred.

Zero’s on, zero’s off, a multiplyerin’ we will go. Check-mate!

You name it, rumor upon rumor, the Zim is awash in it.

The only thing we haven’t seen (yet) is an actual photo showing an Alien Clone wearing a gold tie having recently arrived “on planet” from his home on Mars, with his “to go” bag securely by his side, full of Zim notes and receipts, heading off in an electric-powered Uber, on his way to an Exchange Center somewhere in Area 51.

And believe me, I won’t be the least bit shocked when we do see it.

Or at least hear about it anyway.

After all, we’ve pretty much seen and heard everything else.

The one semi-consistent rumor in all this, having been shouted from the rooftops for the past decade plus, is that this RV/GCR thing really is real.

And that it will happen.

And that, when it happens, it will happen “suddenly”.

As in one second it won’t be there, and without any prior warning whatsoever, poof, there it will be.

That kind of suddenly.

Almost as if they have it all planned out.

Which, to be honest, I highly doubt they do.

I think they’d like to think they have it all planned out and that everything is working out according to their plan.

But honestly, at this point I think they’re pretty much just wingin’ it.

Attacking each day’s obstacles as they come.

And right along with that statement is that this so called “suddenly” will happen when we least expect it.

How is that even possible.

At this point I think all of Dinarland is fully expecting it.

Each and every second of every minute of every day.

We’re even expecting the unexpected, just in case they try to slide one by us on the down low.

Yep, basically we’ve got all the bases covered.

So that when it finally does happen, and I firmly believe it will, it will happen on somebody’s watch.

By that I mean it could very well happen tomorrow, but we’ve heard that so many times that 99% of us no longer believe tomorrow even exists.

Let alone that this RV/GCR thing will happen tomorrow.

Yeah, if there is a tomorrow, the sun will more than likely come out somewhere but the RV/GCR, that’s still up in the air.

Aloft among the great unknowns

And believe me, it will take quite a bit of convincing to get us to believe otherwise.

Hopefully, after having given it some time, allowing it to sink in, we’ll all get the surprise of our lives, shouting “GAAA-LEE… SHA-ZIM!” as we exit one of over 6,500 Exchange Centers, none of which are located any further than an hour’s drive away from our drone-surveillanced homes.

In spite of all that, I still believe it’s not a matter of “if” but of “when”.

So above all else, be sure to enjoy the ride.

No matter how crazy it gets from here on out.

And remember, the dronified “eye in the sky” will be watching you all the way from your home to the Exchange Center.

So be sure to leave extra early for your scheduled appointment and be certain to obey all traffic laws.

Last thing we need are any last minute surprises.

Other than those unexpected ones we’re totally expecting.

Hang in there folks, this ride’s about to get a little bumpy and we don’t wanna be caught by surprise.

Disclaimer; I’m not a Wealth Manager, Financial Advisor, CPA, Tax Attorney, RV/GCR Committee member, a U.S.M.C. recruiter nor am I the Mayor of Mayberry. I’m simply someone that chooses to believe in the power of positive thinking and on the odd chance this thing truly is real, I want to make sure I’m there at the finish line to enjoy it.