I don’t know about you but I’m pretty much done.

To the point where I’m done hearing it’s done.

As in everything’s done.

Done to the point where there’s nothing left to do.

Nothing left to do because it truly is done. 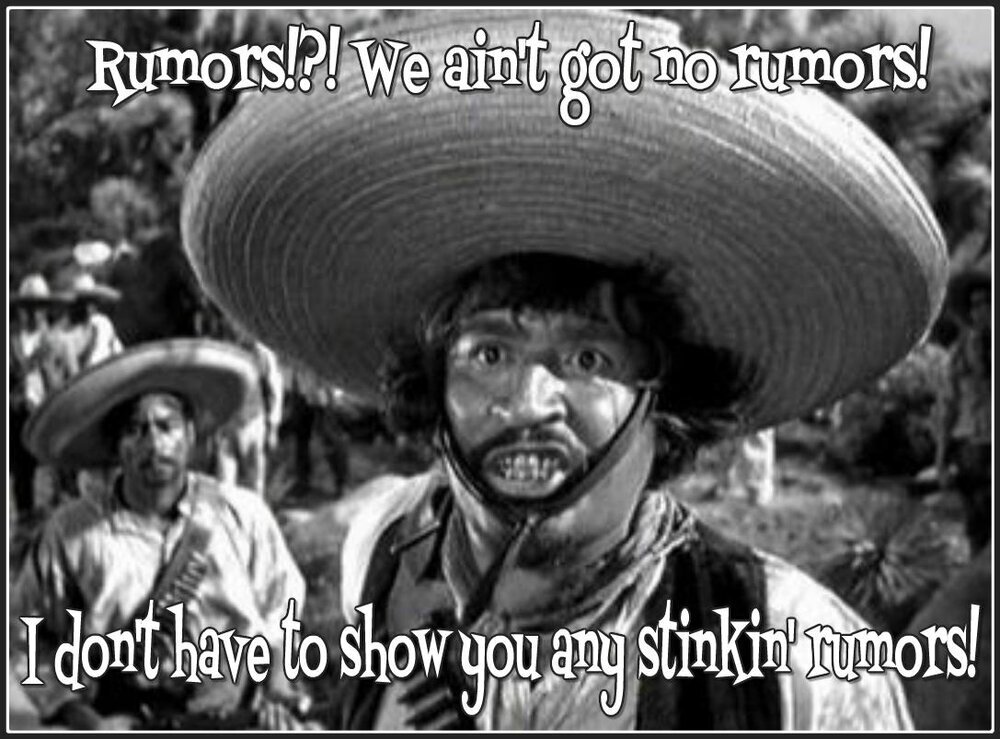 That’s definitely closer to my definition of the word done.
Admittedly, I like everything I eat to be well done.

Even to the point of refusing to eat Sushi unless it’s well done.

So, perhaps I’m a bit more demanding when it comes to the true definition of the word done.

Nevertheless, it shouldn’t be all that difficult to determine the difference between done and close to done but not actually done, therefore it’s not done.

First place to start might be with the persistent rumors continually permeating all throughout Dinarland.

Rumors of everything being done.

How long have we been hearing that.

Seems to me, according to my Dinarland calendar, it’s been done for at least the last two years.

And yet, here we are.

Would we be hearing all these rumors if indeed everything truly were done?

On second thought, we might still be drowning in rumors but chances are they’d have a more post-process, after the GCR kind of feel to them as opposed to the same ol’ this is our week or it’s gonna pop this Saturday night or we’re only expecting to do one more call, our Celebration call kinda rumors.

So please, don’t get me wrong.

i mean, let’s not get crazy here.

But wouldn’t it be nice to hear a different batch of rumors for a change.

An extremely welcome change to say the least.

Well, I for one would certainly love it anyway.

Even better yet, I’d enjoy seeing that it’s done based solely on the number of zero’s in my bank account.

As it is now I’m still unable to make a trip through the In-N-Out drive thru and order a Double Double with grilled onions, well done, and have any means of paying for it when it’s done cookin’, all wrapped up and ready for release.

Until that day comes, it’s still not done.

And while I’m on the subject of phrases I can hardly wait to never hear again, let’s start with it CAN happen today.

Sheesh, give it a rest.

As far as I’m concerned it could’ve happened any day over the past one thousand days.

Yes, I’m more than aware that they needed to reinvent the current banking system to accept the GCR formula as well as numerous other changes required to release the GCR.

But you get my drift.

Enough with the talk.

I’m ready for some action.

I want to know it WILL happen!

Or any other day ending in “y”.

Even better yet, I’d love to hear that IT HAS HAPPENED!

As in past tense, check your emails, make your appointment, grab your “To Go” bag and get to the Exchange Center ASAP!

Is that too much to ask.

Just a factual confirmation of completion, in whatever form it comes.

Be it an email, a barrage of posts all throughout Dinarland or a Piper Cub draggin’ a giant banner across the sky with a 1-800-CALLNOW number plastered on it.

At this point, I’m not about to be picky.

I’m open to most any form of communication.

Why not a clever saying on a Starbucks cup.

Heck, at this point I’ll settle for a homing pigeon with a Post-it note taped to its leg.

What I’m trying to say is I’m flexible.

Whatever it takes, just send me a for real signal of this thing having reached the end of the line.

Of actually reaching a conclusion.

We don’t need any more stinkin’ rumors, regardless of whose super secret source supplies ’em.

Results resulting in our receiving our exchange instructions.

I’ve pretty much had enough of the boy crying wolf.

To the point where I’m ready to sic the wolf on him and let him eat, just to get the kid to shut up.

As I mentioned earlier, enough already.

We’ve lived through the rumor stage of this adventure for far too long.

As we’ve always been told, actions speak louder than rumors.

And after all, isn’t that exactly what a rumor is.

A bunch of words lined up in the form of a sentence, completely void of all action.

In other words, just words.

And words don’t pay the bills.

So to whomever it may be that’s supposedly working feverishly on completing the GCR, forever claiming we’re close, please feel free to call it “close enough” and dispatch the “GO” email ASAP!

And to those out there rumored to still be throwin’ wrenches, please feel free to close the lid on your toolboxes and call it a day.

You have to know when enough is enough.

And let’s face it, enough is enough.

We all know this GCR thing is going to happen eventually, the rest of the world has committed to it.

Why not do the right thing by all involved and go ahead and release it.

Then we can all move on to something much more interesting.

Hang in there folks.

According to the latest rumors, we’re right on top of this thing and it has to happen soon.

If not, the entire global economy will crash.

And supposedly they don’t want that to happen.

Who knows what they want.

Who even knows who “they” are.

Chances are they don’t even know who they are, nor what they want.

Maybe that’s why they can’t seem to get anything accomplished.

They have no idea what it is they’re supposed to be doing.

This thing is so compartmentalized that they forgot to create the “GO Signal”  Department.

At this point, anything’s possible.

Anyway, don’t let the rumors get you down.

Just do your best to hang in there, no matter what it takes.

Disclaimer; I’m not a Wealth Manager, Financial Advisor, CPA, Tax Attorney, RV/GCR Committee member, a Federale of the Spanish Mounted Police, nor am I in search of the treasure of the Sierra Madre. I’m simply someone that chooses to believe in the power of positive thinking and on the odd chance this thing truly is real, I want to make sure I’m there at the finish line to enjoy it.