No Result
View All Result

When Dogs Can Fly

Well, they did say it would get crazy at the end.

And if you don’t think things are getting crazy, then you’re living in an entirely different reality than I am.

Although I will admit it’s been crazy for quite some time now.

At least that’s the way it seems anyway.

And we were always hoping it was the end but alas, it wasn’t.

Nope, not even close to the end. 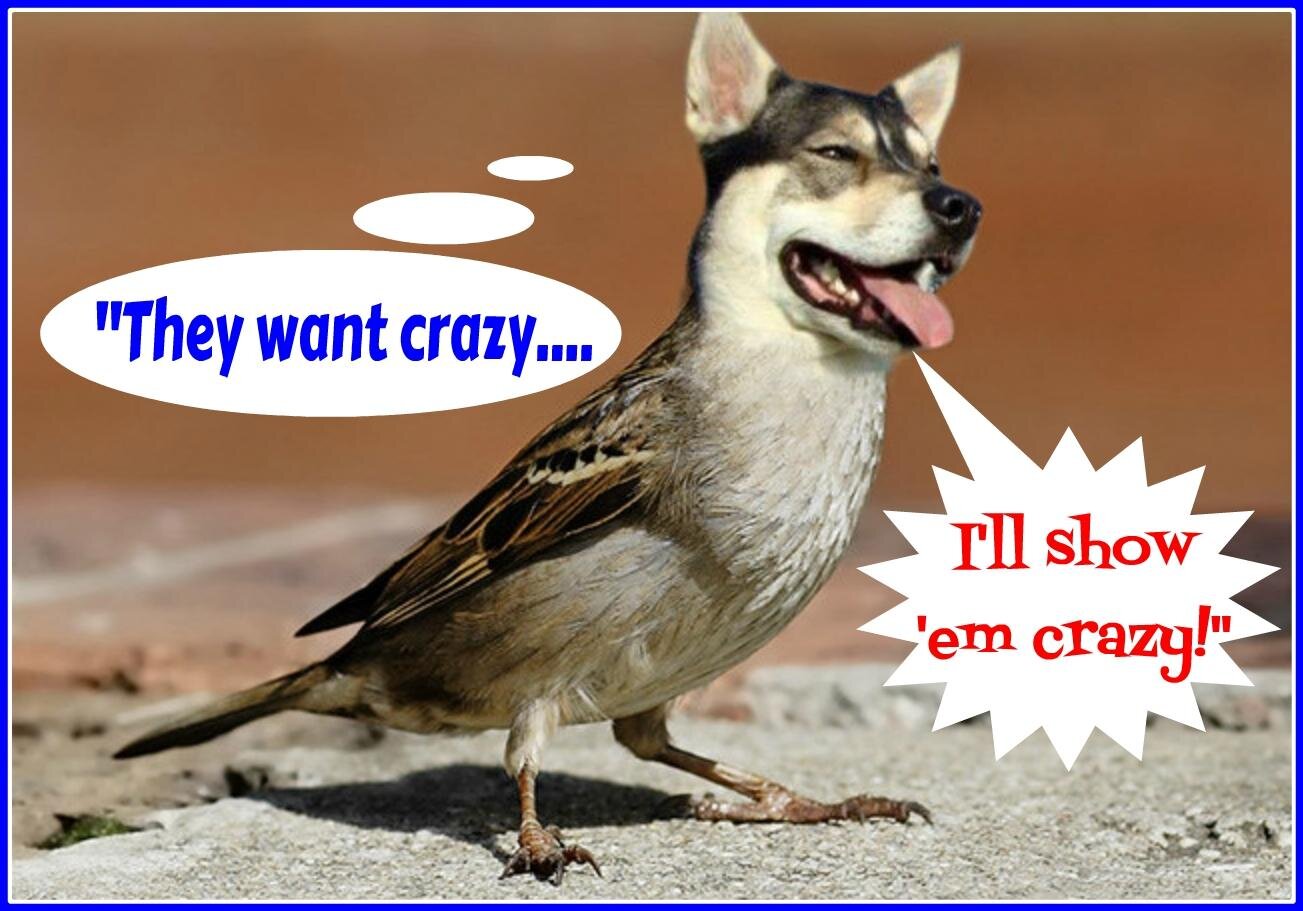 For as long as I can recall we’ve been hearing some of the craziest stuff one can imagine.

But it’s not like what we have going on right now.

Especially not on such an all-encompassing global scale.

It’s as if the two “Stephens”, both King and Spielberg, got together to collaborate on a mind blowing mashup in tribute to Gene Roddenberry.

We often hear the saying “You can’t make this shtuff up.”

Yet, it’s more than obvious they can. And do.

Consistently, on a week to week, month by month, basis.

It seems as if they’re never at a loss for crazy.

Back in the day it was all about Iraq and the seating of their government.

That game of musical chairs has gone on for years, one regurgitated article after another.

Occasionally they’d get so ahead of themselves that they’d forget to change the date and once their cover was blown, they’d be forced to create an even bigger lie to outdo their previous ridiculousness, hoping to conceal the unreal.

All the while banking on a serious lack of attention span on the part of your everyday currency holder.

Like a runaway freight train that’s lost its Engineer, everyone asleep at the wheel.

They’d simply allow it to run its course until they could imagineer the next latest, greatest delay.

Yet another hitch in a long list of glitches that would once again prevent Iraq from ever reaching a point of posting anything in the Gazette.

Even crazier yet, they’ve pretty much come full circle with their current cast of characters.

Almost all of these folks currently in the articles are all the same names from the past.

Talk about an unforgettable flashback.

Although back then Sadr was the ultimate bad guy, always threatening to have all of “his” people riot if they didn’t get things done ASAP.

Then post it in the Gazette, announce it in the Mosques and RV the IQD.

The only thing I see as currently missing is the announcement that Talibani, Barzani, Maliki and Shabibi have been spotted at Baghdad Country Club sneaking out for a quick 18 holes before they release the Budget.

That will be the confirmation, for me at least, that they too have reached an entirely new level of crazium.

So here we are, some 10 years later, not knowing for certain if any of that is, has, or ever will be accomplished.

Likely we never will.

But one thing we do know is none of that matters.

Nope, not a factor in any of this RV/GCR process.

They can and will continue to do whatever they do as they twitter… oops, I mean twittle their thumbs, waiting for the official “GO” signal.

Just like the rest of us, waiting impatiently in the queue.

Matter of fact, I’ll bet they’re all equally as amazed at just how everything is playing out on a global scale and have plenty of popcorn on hand.

I mean, who could’ve even begun to imagine all that’s currently going on.

We’ve successfully navigated through a myriad of misconceptions throughout the years but nothing even comes close to what we’re dealing with right now.

For those that have only been around for the past 5 or so years, although you might have missed out on most of the Iraq outrageousness that used to serve as our daily dose of crazium, you’ve managed to get up close and personal with plenty of lunacy.

They’ve done their very best to not only match but to surpass the previous level of impossibilities.

From Clones wearing gold ties and ankle boots on their feet to security Drones to Aliens conducting NDA… oops, I mean DNA probes while they laser-off our fingerprints.

And yet, here we sit, not really remembering any of that.

Things seem to have taken on a surreal feeling.

It’s almost like an out of body kinda thing.

It’s as if we’re watching this whole thing play out but not actually experiencing it for real.

Could that be because I’ve become so jaded after all these years of nothing coming true.

Or could it be the exact opposite.

Because I’m beginning to see so many of the rumors of our past actually playing out right before my very eyes.

So many things that I just about threw my neck out shaking my head from side to side in sheer disbelief when I first heard them, now coming forth as reality.

I have no problem admitting when I’m wrong.

And lemme tell ya’, I’ve been wrong on more than a few occasions during this seemingly never ending journey.

I’ve been forced to open my mind to the possibility of their implementing an entirely new banking system.

Which I’ve always felt was needed but wasn’t entirely convinced was possible.

And yet, welcome to the QFS.

Same with the whole “rates” thing as well.

No, I’m not a believer in these so called “Contract” rates being anything us regular folks will ever be near or dear to.

While they might be a reality for the higher-up’s, I seriously doubt they will be a factor at our level.

But neither am I a believer in the $0.10 rate that had everyone so excited a mere decade ago.

Speaking of opening my mind, if you’ve been around for half a decade or so then you’ll surely remember Zap and his Flying Purple Pig “Snuffles”.

Part of his weekly updates.

And by “updates”, I mean rebuttals as he continually received plenty of flak for his predictions that never materialized.

Up to this point, everybody’s been wrong.

It goes without saying Zap’s a lively character and I believe he’s still out there somewhere.

Through no fault of his own he truly thought he had a handle on how things were going and where we stood in the world’s slowest rollout.

Unfortunately he wasn’t any closer than anyone else on the GCR Guesstimation Gauge.

Had he been, we’d already be oot ‘n aboot, enjoying the “Pay It Forward” lifestyle that we’re all looking oh so forward to.

Who knows, with all the other outrageous stuff that’s come true after all these years I won’t be the least bit surprised to get word of a Flying Purple Pig sighting in the near future.

Even better yet, I’d love to see a Flying Dog or two land on my window sill.

I’ll bet they could slide in under the recently imposed travel restrictions.

That could very well be the missing sign we’re all so anxiously awaiting.

The signal telling us we’ve finally reached the necessary level of crazy.

Crazy enough for them to finally release the RV/GCR.

Buckle up folks because things could get a bit bumpy.

While I don’t believe we’ve actually reached maximum crazium level just yet, one can’t help but be extra encouraged by the level of crazy we’re now experiencing.

We’ve got to be getting close.

You’ve made it this far, you can make it to the finish line.

Disclaimer; I’m not a Wealth Manager, Financial Advisor, CPA, Tax Attorney, RV/GCR Committee member, nor am I in any way connected to Wall St., the NASDAQ, the Stock Market, day trading, nor am I the owner of a Flying Dog-Bird. I’m simply someone that chooses to believe in the power of positive thinking and on the odd chance this thing truly is real, I want to make sure I’m there at the finish line to enjoy it.