DELTA: Source: Agreement to assign the Ministry of Oil to a candidate from Basra

DELTA:  Urgent Al-Kazemi: I submitted my government formation and are awaiting a vote by Parliament

Sattar Al-Jabri: The quorum is complete and an attempt to pass most of the ministers

DELTA:  The speaker and two deputies went to the parliament hall accompanied by Al-Kazemi 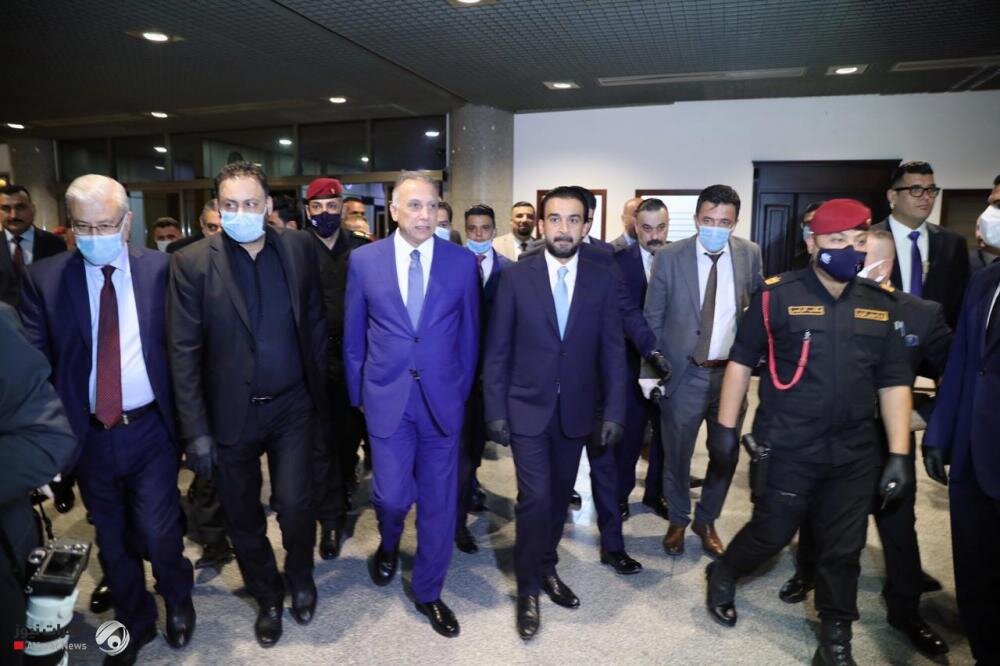 DELTA:  The Presidency of the Parliament invites deputies to enter the hall to start the confidence-giving session

DELTA:  THEY ARE STARTING THE VOTES WITH 233 ATTENDING

Halbousi: We seek to form a strong government capable of facing difficulties

Parliament votes to add the vote to swear by alternate deputies

Al-Kazemi: Early elections, limiting weapons, and preventing the use of Iraq as an attacking field are our most important tasks

The House of Representatives votes on Othman Al-Ghanmi, Minister of the Interior

On Thursday, the House of Representatives voted to pass the government of Prime Minister Mustafa Al-Kazemi.

He pointed out that “Parliament also voted for Adel Hashush, Minister of Labor, Mahdi Rashid Jassem, Minister of Water Resources, and Hamid Mekhlef, Minister of Education.”

He added, “The House of Representatives did not vote on Minister of Commerce Nawar Nassif, Minister of Culture Hisham Saleh Daoud, and Ismail Abdel-Redha Al-Lami as Minister of Agriculture and praise of Hikmat Nasser as Minister of Immigration and Displacement.”  link