WE WILL NEVER FORGET… Assassination of John F. Kennedy 56 years ago today

John Fitzgerald Kennedy, the 35th President of the United States, was assassinated on November 22, 1963, at 12:30 p.m. Central Standard Time, in Dallas, Texas, while riding in a presidential motorcade through Dealey Plaza. 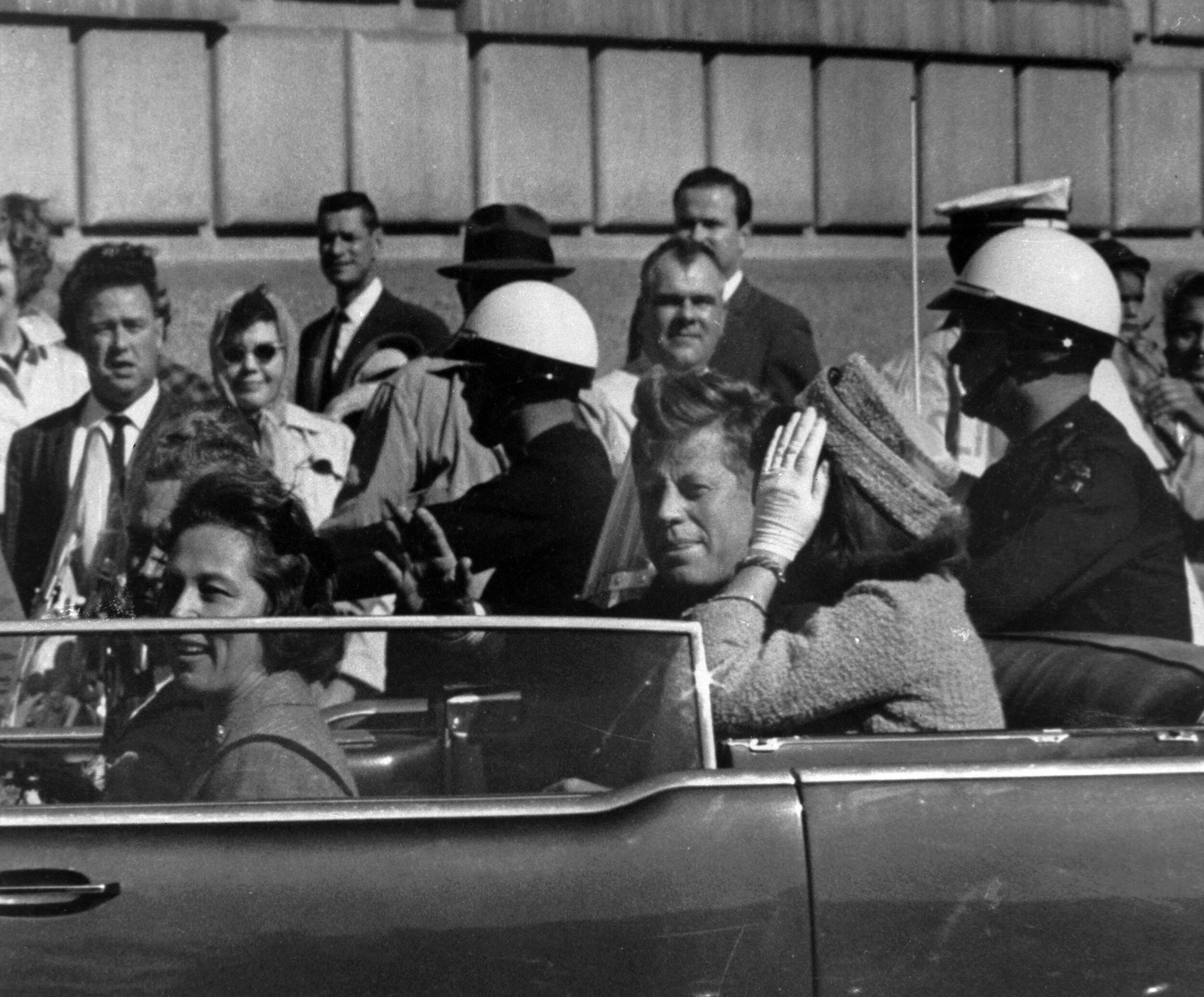 HIS LAST MINUTE BEFORE SHOTS FIRED… President John F. Kennedy is seen riding in motorcade approximately one minute before he was shot in Dallas, Tx.

12:40 p.m. CST: CBS breaks into the live soap opera “As The World Turns” with a bulletin from Walter Cronkite. It’s the first national report on the shooting on television.
President Kennedy was the emergency room at Parkland Memorial Hospital in Dallas, Texas. Doctors at Parkland Memorial Hospital were working frantically to save the president, but the effort was futile. Kennedy was pronounced dead at 1 p.m. CST / 2 p.m. EST. There was no official announcement for another half hour, but there were already news reports to that effect.

Fishkissed:  11/21/2019 Quote on twitter from Sec.Pompeo, “I have asked the Iranian protestors to send us their videos, photos, and information documenting the regime’s crackdown on protestors. The U.S. will expose and sanction the abuses.”