Tishwash: After retreating, Iran agrees to delete 4 zeros from its currency

Official Iranian media reported on Monday that the Iranian parliament approved a bill allowing the government to delete four zeros from the riyal, following a sharp decline in the value of the currency due to US sanctions.

Under the project, Iran’s national currency will change from one riyal to a toman, which is equal to ten thousand riyals.

The Iranian Student News Agency said, “The law to delete four zeros from the national currency was approved by lawmakers.”

The bill needs approval from a panel of clerics that examines the laws before they become effective.

State television indicated that it would take two years for the Iranian Central Bank to “pave the way for the currency to be converted to Toman.”

The idea of deleting four zeros has been circulating since 2008, but it became more urgent after 2018, when US President Donald Trump withdrew from the 2015 nuclear deal and reimposed sanctions, as the riyal lost more than 60 percent of its value.

According to foreign exchange sites, the Iranian currency recorded about 156,000 riyals per dollar on the informal market today. The weak currency and high inflation have sparked intermittent protests since late 2017.   link

Carry trades that dragged Indonesia’s rupiah to the bottom of Asia’s league table in the first quarter are now poised to support its remarkable rebound.

The currency surged six times more than its closest regional rival in April, erasing half its drop over the previous three months. There may be more gains to come as global funds are enticed back into Indonesian bonds, the highest yielding in Asia.

“Rates volatility has declined quite sharply in recent weeks, which suggests a more favorable environment for carry,” said Divya Devesh, head of Asean and South-Asia FX research at Standard Chartered Plc in Singapore. “Bond-flow driven high-carry currencies like the Indonesian rupiah should benefit in the current environment.”

This is evident in data that show outflows from overseas investors waning in April, following heavy selling in March that saw them offload a net $7.5 billion of the nation’s sovereign debt, as they unwound carry trades.

Bank Indonesia Governor Perry Warjiyo’s view that the rupiah remains “fundamentally undervalued” eases concern about the risk of renewed currency depreciation. It also helps offset the impact of the country scrapping its deficit ceiling and S&P Global Ratings cutting its outlook on Indonesia to negative.

BANGKOK (AP) — Students across Vietnam started returning to classrooms Monday after being closed for three months to curb the spread of COVID-19.

“I am so excited to go back to school, to be with my teachers and my classmates after three months,” said Chu Quang Anh, a sixth-grade student at Dinh Cong secondary school in Hanoi, the capital.

The schools require masks among measures to minimize the risk of outbreaks.

“It is very important to apply preventive measures during this time. We have hand sanitizers available in many places. The students are scanned for temperature at the gate when they enter the school and when they are in the classrooms and their health is recorded,” teacher Dinh Bich Hien said.

Vietnam has confirmed 271 cases of COVID-19. It has not reported a new case in the community for nearly three weeks.

All educational institutions were closed at the beginning of February when the first infections of the new coronavirus were reported in the country. All teaching activities were moved online. Last month, the country imposed travel restrictions and closed businesses for three weeks to contain the spread of the virus.

A source familiar with reaching a final agreement confirmed the passing of the government of Prime Minister-designate Mustafa Al-Kazimi during the parliament session scheduled for next Tuesday.(tomorrow)

The source pointed out that the blocks of state law, patriotism and sanad are still opposed to the government of Al-Kazemi, pointing to a change in some names in the cabin of Al-Kazemi following the interception of some blocks, and the bags that were objected to are external to Nizar al-Khair Allah and the defense of Juma’a Anad and the interior of al-Ghanmi.

The source also revealed that the Sunnis and Kurds informed the Prime Minister-designate of attending the session of granting confidence, while an agreement was reached to pass the government between Al-Amiri, Al-Sadr, Al-Hakim and Al-Abadi. link

{Baghdad: Al-Furat News} The deputy and leader of the Alliance of Forces, Muhammad Karbouli, revealed the names of the candidates of the Ministry of Defense and Interior in the cabin of designator Mustafa Al-Kazemi. He also revealed the Alliance of Forces candidate for the position of Deputy Prime Minister and the Kurdish candidate for the Ministry of Foreign Affairs.

Al-Karbouli said in an interview with the program “Fawk Al-Shath” that was broadcast by “Al-Furat Satellite Channel” that “the current meetings are very intense and moving at an accelerated pace in the last hours in order to reach a final agreement in order to pass the government of King Mustafa Al-Kazemi, and we met with the taxpayer hours before to come up with a common vision Noting that “the session of granting confidence will initially be on Tuesday.”

He added that “most of the ministerial cabinet of Al-Kazemi is non-political, although some candidates are politically supported, and there are major challenges facing the taxpayer and his next government economically, securityly, and healthily, and some political blocs opposed Al-Kazemi from the start and trying to put obstacles against him until now.”

He explained that “the problem of the Ministry of Finance is not related to the person but rather to the mechanism of ministerialism itself and the Kurds insisting on political representation in the Al-Kazemi booth and they insist on Fouad Hussein, either as the Minister of Finance or the Ministry of Foreign Affairs,” stressing that “the country needs a strong government and not a compliment government because there are decisions borne by the class Political and not borne by the taxpayer. ”

On the alliance of forces and its share in the cabinet, Al-Karbouli emphasized that the alliance “nominated for each portfolio approximately 6 personalities and authorized us to choose what suits him and Al-Kazemi did not nominate any of the names presented by us nor objection to us and we as a strong alliance we represent the Sunni component our share 6 ministries namely defense, youth, education, industry, trade and planning “.

On defense and the interior, al-Karbouli emphasized that “with regard to the Ministry of Defense, the competition was between Faisal al-Jarba and Juma’a Anad before the latter was chosen, and the Interior Ministry agreed to nominate Othman al-Ghanmi for it.”

Al-Karbouli announced that “the candidate of the Alliance of Forces for Deputy Prime Minister is Deputy Muhammad Tamim,” noting that “I do not think that there will be early elections and Al-Kazemi if he passes it will continue until 2022.”

And Karbouli said that “often the leader of the Sunnis is the speaker of the parliament and the Sunni public disagrees with the Shi’a and western regions, belonging to the liberal and not religious parties, and many of the leaders were heads of parliament and when they came to the elections they were unsuccessful.”

He stressed that “we would not mind granting the Alliance of the Liberated Territories any ministries according to their electoral merits,” noting that he “cast an important and patriotic figure like Adnan as men in the political contest that might offend her. If they want the youth portfolio of the Sunni component, take it in exchange for our Ministry of Immigration.”

Al-Karbouli added that “Al-Kazimi is ready for the session of granting confidence on Tuesday, despite having the right to postpone, and the next session of representatives will be held in the large hall, and not all ministers nominated in the ministerial cabinet may pass,” noting that “Al-Kazimi has valuable information on all candidates and he is placing a ruler that includes the Sunnis, Shiites and Kurds. Pointing out that “approximately 8 candidates were replaced in the next booth.”

And Karbouli said, “We are closer to the jugular vein with the National Alliance, and they are our social and political partners. We have authorized Al-Kazemi because we see in it a project to rid Iraq of its crises and we see it as a non-sectarian person and has a correct idea of the general situation and challenges facing the country.”

On the differences between Parliament Speaker Muhammad Al-Halbousi and Representative Muthanna al-Samarrai, al-Karbouli stressed that “there are no truths to the differences between MP Muthanna al-Samarrai and Muhammad al-Halbousi, and there were differences, but they did not reach the stage of breaking the bone, and al-Samarrai wanted to form a political bloc outside the alliance of forces and a dispute occurred that was resolved and now the Samurai is with us In the alliance. ”

Regarding the amnesty for prisoners, al-Karbouli stressed that “the last amnesty is shameful and we are looking for societal reconciliation. Some see us we want to get out terrorists. This is not true. There are wronged people in prisons. Those who are in prison are innocent and there is a great injustice in the arrests of prisoners and they were forced to confess. ”

Regarding the security file, Karbouli indicated that “ISIS is a malicious thought and attacked now because of complacency. Therefore, we believe that it is necessary to be cautious and cautious, especially after the withdrawal of the international coalition aircraft, ISIS has started moving and terrorist groups are pursuing activity in the desert.”

Tishwash:  Deputy: Parliament session will be held in the large hall for health protection and disputes over the cab are no longer material

Member of the House of Representatives for the Hussein Arab will movement confirmed today, Monday, that the session of granting confidence to Mustafa Al-Kazemi Ministerial Cabinet will be held in the large hall for health protection.

Arab said in a press statement, “The venue of the session will be in the conference hall in Parliament, due to its large size and there will be a distance between each deputy and another for health protection.”

And Arabs seemed comfortable with the passing of the government with “the continuation of some problems, especially some ministries, whether in terms of being from the share of this or that party or objecting to the personalities nominated for it,” he is likely to “resolve these differences because they are not completely fundamental.”  link 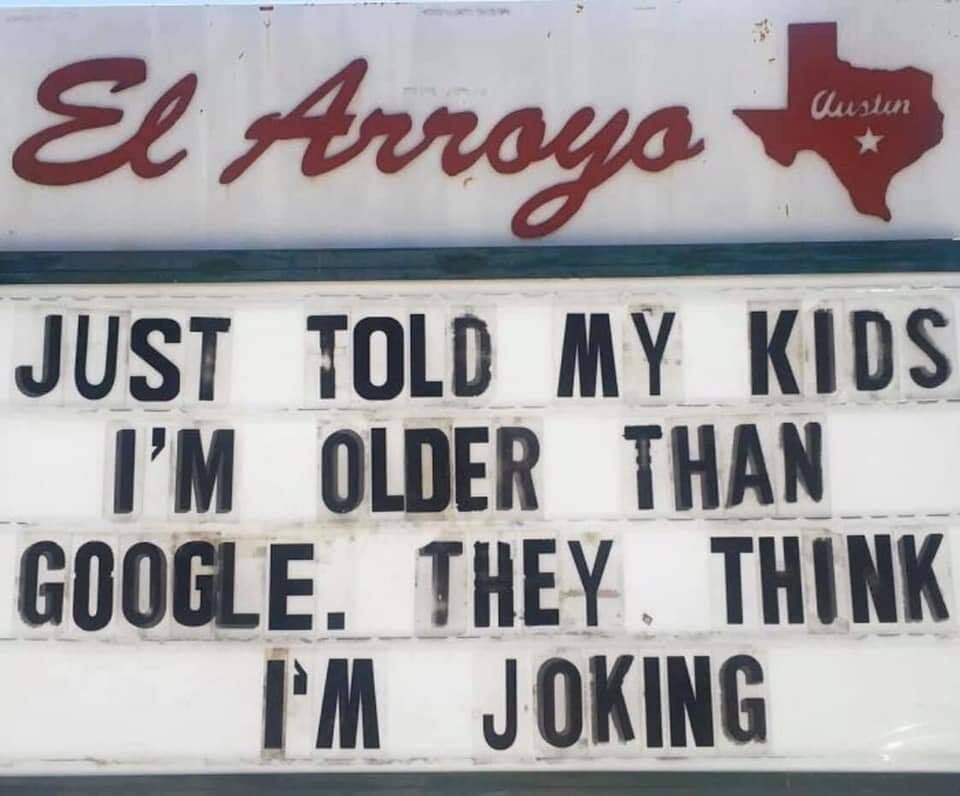